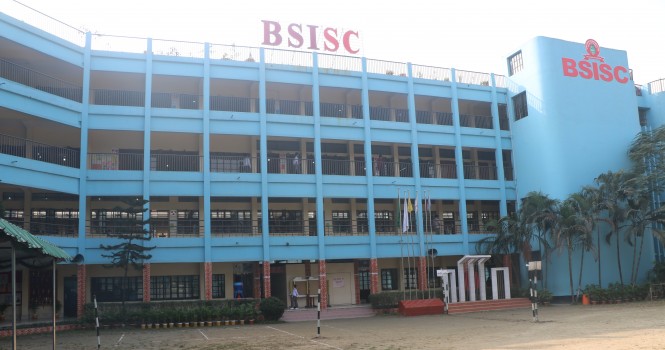 Baridhara Scholars’ International School & College (BSISC) located at the   entrance gate of DOHS Baridhara, started its journey on 01 January 2001 as an English Medium School with the noble objective of enhancing quality education of international standard. The institution was inaugurated by the then Chief of Army Staff Lt General Muhammad Mustafizur Rahman (Bir Bikram) ndc, psc, C, on 20 October 2000.  The Institution started its activities with only 50 Students and 07 Teachers. Commander Logistic Area, Dhaka Cantonment, was nominated as the Chairman of the Governing Body (GB). Later, Commandant COD was nominated as Chairman of the Governing Body. COD Commandants have been gracing the chairmanship of the Governing Body of the institution till today with the best of their success and excellence.  The founding principal of the institution was Col (Retd) Muhammad Ziauddin up to 25 January 2006.  Brig Gen (Retd) Sohrab Ali Talukder  was principal from 26 January 2006 to 27 April 2011. Lt Col (Retd) Md G R Jahangir, AEC was principal from 28 April 2011 to 30 June 2018.  On 01 September 2018, Brig Gen (Retd) Mirza Ezazur Rahman, BGBM, ndc, psc, G+ took over the responsibility of Baridhara Scholars’ International School & College. Presently, BSISC has 89 Teachers and 1488 students are studying here in national and international curricula.  Teacher and student ratio per section has been justifiably maintained with a view to preserving the standard and quality of education. The GB has undertaken massive projects to expand the BSISC to contribute more nationally and internationally in imparting quality education and developing human resources.